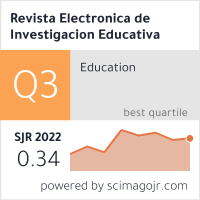 This article presents the state of knowledge on professional values in Mexico and the elements that have allowed its construction, beginning in 2001. This is a meaningful, open-ended task, which grows as it is enriched by the addition of new-found research relevant to the study topic. There is described the process of the article’s preparation, which took into account six types of resources: two anthologies from which were taken the chapters related to professional values; a state of knowledge produced by the Mexican Council of Educational Research, dedicated to research in this field; some articles from the online journal Reencuentro’s special issue on ethics; an anthology on values and moral development in education; and research reports on professional ethics and graduate thesis, not included in the five publications mentioned above. The construction of states of knowledge is considered to be greatly useful for the discussion of new research projects, and for supporting the development for those in process.

The construction of a specific state of knowledge involves a continuous search for materials, primarily in the form of books, book chapters, articles in specialty journals (in print and online), and master’s and doctoral thesis.

This effort gives priority to studies which have a theoretical and empirical basis (both quantitative and qualitative). The main obstacle is finding out what has been done, or what is being done (with a high degree of advancement) in the country in recent decades.

It starts out from the knowledge that although there have been contributions in every state in the country, these—especially graduate thesis—have not had sufficient distribution. Of such studies, we have found a significant number.

The state of knowledge has been developed gradually, taking into account six types of resources:

One of the groups was the Education, Values, and Human Rights Commission which, in turn, subdivided the field of study into six working groups: values training in basic education; civic education; philosophical and theoretical aspects; research on university and professional values; Mexican education and values; and human rights.

The first resource used for this state of knowledge is the anthology compiled by Hirsch (2001), Education and Values, which includes a 16-chapter volume on academic and professional values. Generally speaking, these chapters allow us to conclude that:

Regarding this volume of material concerning college and professional values I will specifically emphasize only two issues: 1) the social commitment of graduate students and those involved in social service*; and 2) professional values.

2.1. Social commitment of students, alumni and those contributing their social service

There are three chapters on this topic.

On this topic, two papers are very significant:

The second resource was the state of knowledge of the Mexican Council for Educational Research (COMIE), coordinated by Hirsch (2003a), and entitled Research on University and Professional Values, to produce which, there were reviewed 53 research reports (from 1990 to 2001). Most of these came from master’s and doctoral thesis, and are divided into eight areas:

Among the possible contributions is the fact that this body of research has helped delineate professional values as a significant object of research. They provide knowledge and information on the importance of these values, both in training and in practice, to improve curriculums in institutions of higher education. Where no contributions were found, the team considered it necessary to perform this type of investigation in all the study programs offered in the country, and comparative research between the professional training projects of different local, regional, national and international institutions (Hirsch, 2003a, pp.1018-1019).

It is important to point out that the study of values in university students is still at the most general level, and lacks in-depth research to provide data on the meaning given by college students to each of the values (...) It is essential to give continuity to this research field by means of inter-institutional research projects that would provide elements of understanding and involvement in integrated training (Hirsch, 2003a, pp. 1026 to 1027).

Although there are interesting differences between these two works, both are of great significance in the investigation of students’ identity. An interesting recommendation would be (although it would be a huge task) to promote such research in all academic disciplines in institutions of higher education. It would be equally significant to share and compare processes and results between universities.

The fourth resource used for this study was composed of three articles from a special issue of the Metropolitan-Xochimilco Autonomous University journal Reencuentro (2005), on professional ethics: Reencuentro. Analysis of university problems.

The fifth resource is the anthology entitled Education, values and moral development, from which I chose, on the theme of professional values (and for the case of Mexico), the following topics:

Other resources such as research on ethics, and postgraduate thesis, were used in the production of this state of knowledge.

At the master’s degree and specialization level, the works are:

VIII. By way of conclusion

8.1. On the state of knowledge

Although there are still few studies on professional values in Mexico, it is easy to see that there has been a significant increase, mainly beginning in the 1990’s, and peaking in recent years.

It is a field under construction—a pioneer area in our country. We need to generate new research processes, and reinforce existing ones. Moreover, given the enormous diversity of approaches, theoretical frameworks and methodological strategies, it is necessary to promote the structuring of lines and configurations for organizing what has been done, and what is taking place in the country, and to encourage the training of researchers in this field.

Although in Mexico there are important studies on some professions, and although the fields are gradually expanding, it would be appropriate to promote these in all the university professions.

There are more concurrent questions in the studies (e.g. the problem of students’ and graduates’ low social commitment, and the difficulties of building a solid professional identity on the part of students and teachers), than there are contradictions and differences in what has been done. These last may be mainly due to two factors: the first, institutional and contextual in nature, has to do with the huge differences between the country’s institutions of higher education, and the conditions under which professional training is carried out at the university. The second relates to the majors and university departments selected by the researchers. In some studies, all the degree programs of a school were chosen, and in others, only certain programs from different fields of knowledge were picked. It is evident that more research is needed to explain why there are contradictions in the results of the investigations, considering that these are not necessarily wrong, but are a reflection of the situation prevailing.

This field has an enormous thematic diversity. The issues that stand out are:

Involved as researchers are, essentially, professionals from the social sciences and humanities, and linked to university education. There are few academics from other sciences, such as Dentistry, Medicine, Nursing and Engineering. In addition, although there are academics from various public and private universities, these are still very few.

Most are case studies of an educational institution. Work is usually done with students and teachers separately. We thought it appropriate to cover students and teachers simultaneously at the university level (undergraduate and graduate). In the case of the students, we also considered it useful to study them in groups, and in all the fields of knowledge.

In reference to the coverage and the professions we investigated, we can conclude that:

We studied the problem of teachers’ professional values in entire states (the states of Morelos, Guanajuato and Sinaloa).
In some reports there is an approach to the professional values of students or teachers in all the fields of knowledge in the institutions of higher education under study.

In several of these, professional values were studied in the students or teachers of an entire university unit (as is the case, for example, of the students of the Faculty of Philosophy and Literature of the Autonomous University of Nuevo Leon, its seven majors: Philosophy, History, Sociology, Education, Translation, Linguistics and Library Sciences; and of the teachers at the UABC School of Engineering).

For the most part, there was an attempt to locate them among students and/or teachers (or programs) of specific disciplines. For example, Psychology, Medicine (specifically in the UNAM’s Zaragoza School of Higher Education) and Dentistry (in these three professions all over the country), Ecology (UNAM School of Science), Agronomy (Chapingo Autonomous University), Nursing (UNAM and the Autonomous University of Zacatecas), Engineering (Autonomous University of Baja California, Technological Institute of Toluca and the National Polytechnic Institute), Chemical Engineering (University of Guanajuato [UG]), CPA (UG), International Business (UG), Sociology (UNAM FES Aragón), and Communication and Journalism (UNAM FES Aragón).

Regarding the institutions reported in the resources considered to date for the construction of this state of knowledge, we sustain that there are:

Several projects have generated interesting research lines, which have become a central element in the training of graduate students, in the form of masters’ and doctoral thesis. An example of this is the case of the master’s-degree programs and doctorates in education at the Center for Research and Educational Services (CISE) at the Autonomous University of Sinaloa; the Institute of Educational Research and Development (IIDE) at the Autonomous University of Baja California; and the Project on University and Professional Values, at the Institute of University Research and Education (IISUE) of the UNAM.

In addition to continuing the search for reports on research on this specific thematic area, which is an open task, shared and ongoing, we believe it necessary to conduct interdisciplinary and interinstitutional studies in order to enrich this special category of education and values.

As mentioned previously, the construction of a state of knowledge is an open and collective task, which involves having an investigative attitude so as to:

Detect and monitor the research groups in the field of professional values.

Locate graduate thesis completed or in a high state of advancement, and which are being developed in Mexican institutions of higher education, especially in programs of Social Sciences and Humanities and even more particularly, in Education.

Locate hemerographic literature which is being produced in the country on this issue.

Continue with the task of coordinating and compiling anthologies and special issues of journals on education, that will expand the knowledge and dissemination of research processes and products.

Coordinate and participate in institutional and inter-professional research projects related to values and ethics. In this regard, there has been completed at the UNAM, the project Collegiate and professional values of UNAM graduate students (2003-2005), specifically concerning professional ethics. Currently, in 2006, fieldwork is being conducted on the second phase of the project, which focuses on the teachers/tutors of the 40 graduate programs at the university. Also in 2006 there was begun the Inter-University Project on Professional Ethics, a cooperative project between the UNAM and 13 of the country’s public and private institutions of higher education. The liaison between those schools in terms of research, will increase the detection of research works.

The Mexican Council of Educational Research should also be willing to continue its participation in the construction of the state of knowledge on education and values, specifically in the field of professional values and ethics.

Continue the process of reinforcing the National Network of Researchers on Education and Values, created in May, 2002. This Network holds an annual event for the purpose of meeting together, and sharing the processes of research. One of its priority items is that of professional values and professional ethics.

3This has to do with a subproject of her master’s thesis. It is important to point out that she continued with research on her thesis in pursuit of a doctorate in Education, now in its final stage.

Please cite the source as:

Hirsch, A. (2006). The construction of a state of knowledge on professional values in Mexico. Revista Electrónica de Investigación Educativa, 8 (2). Retrieved month day, year, from: http://redie.ens.uabc.mx/vol8no2/contents-hirsch2.html